England at the 2022 World Cup in Qatar

Free Bets » England at the 2022 World Cup in Qatar
New

England last won the World Cup back in 1966, but Gareth Southgate has brought England closer to success than any other manager.

After reaching the finals of Euro 2021 last summer and the last four in Russia 2018, England fans can’t wait for the 2022 FIFA World Cup.

FIFA has increased the squad to 26 for the 2022 World Cup in Qatar from the previous 23 players, including three goalkeepers.

This gives Gareth more room for some riskier decisions in his team, the additional positions allow for greater experimentation, particularly in attacking areas, and could give Gareth the opportunity to select less experienced players to provide an element of surprise in Qatar.

Up to 24 hours before the first match of the World Cup, teams can substitute players due to serious illness or injury.

Due to injuries, Ben Chilwell and Reece James were excluded from the competition, while after surgery this year, Kyle Walker and Kalvin Phillips were unexpected additions.

Injuries aside, Gareth has had to make some tough decisions for the team in other areas.

Midfielder James Maddison has just one cap for England, but his good performances have earned him a place in the squad.

Ivan Toney and Fikayo Tomori will be disappointed to be left out as Southgate selects a player who has been key to his previous success at major championships.

Nevertheless, the list of players who will represent England and try to win the deserved first place at the 2022 World Cup in Qatar, has been selected, and they are:

Good luck England, and of course bring us that long-desired and awaited gold from the FIFA World Cup Qatar 2022.

Be sure to also check out our free bets page, as most bookmakers are now offering exclusive welcome bonuses for the duration of the World Cup. 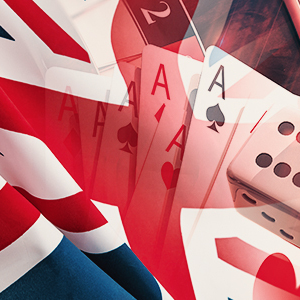 Register at BetStorm, make your first deposit with promo code CHAMP20 and place £10 bet to get £30 free bet and 20 free spins.

Register at BetDukes sports, make your first qualifying deposit and place bet of minimum £10 to be rewarded with another £10.

Sign-up at SpreadEx sports and place your first bet of £25 and you will be awarded with £40 welcome bonus.

Register at The Pools sports, make first deposit and place £10 bet and you will be awarded with £20 free bet (4x £5).

Register at Smarkets and make deposit of minimum £10 to get £20 cash refund on losses or 0% commission for 60 days.

Sign-up at SBK via mobile app, make your first deposit and place qualifying sports bet of £10 to get £30 free bet.

Sign-up with Ladbrokes, make qualifying deposit and place a real money bet of £5 to get 4x £5 in free bets, £20 bonus in total.

Sign-up with Coral, make deposit and place a real money bet of £5 to get 4x £5 in free bets, £20 sports welcome bonus in total.

Sign-up at Luckster sport, make first deposit and place a bet of £10 to get another £10 for free as a welcome bonus.

Sign-up at ZetBet sports, make your first deposit and place bet of £10 and you will be awarded with another £10 for free.

Sign-up with Bet Goodwin, make firts deposit and place three sports bets of £10 to get 50% up to £25 money back.

Sign-up with LVbet, make a deposit and place your first sports bet of minimum €10 to get another €10 as a bonus free bet.

Sign-up at BetTarget, make first deposit, place £15 bet and you will be awarded with a £10 free bonus token.

Sign-up at HighBet, deposit and place your first £10 bet to be eligible for a £15 sports free bet token.

Sign-up with EnergyBet, make a deposit and make your first wager of minimum €10 to get a bonus of €10 free bet.

Sign-up to BetRegal, make first deposit of minimum €10 bet to qualify for 100% up to €100 free bet token for sports betting.

Sign-up at Grosvenor sport, place your first £10 bet on any sport at any odds and get free bet in form of double the odds.

Sign-up at BetVictor, make your first qualifying bet of £5 and get £20 in free bets & £10 bonus for casino.

Sign-up at FanTeam, make your first qualifying deposit, place a £20 bet and you will get a £20 free bet as a welcome bonus.

Sign-up at SportingBet to get up to £50 in free bets, odds boost token, £10 casino bonus and 20 free spins.

Sign-up at NetBet and place your first bet of minimum £10 on any sport you like to get £10 as a free bet.

On the FreeBetting365.com website you will find a list of the best welcome bonuses and special offers for online gambling. 18+. Please gamble responsibly.

© Copyright 2022 freebetting365.com
We use cookies on our website to give you the most relevant experience by remembering your preferences and repeat visits. By clicking "Accept All", you consent to the use of all the cookies. However, you may visit "Cookie Settings" to provide a controlled consent.
Cookie SettingsAccept All
Manage consent

This website uses cookies to improve your experience while you navigate through the website. Out of these, the cookies that are categorized as necessary are stored on your browser as they are essential for the working of basic functionalities of the website. We also use third-party cookies that help us analyze and understand how you use this website. These cookies will be stored in your browser only with your consent. You also have the option to opt-out of these cookies. But opting out of some of these cookies may affect your browsing experience.
Necessary Always Enabled
Necessary cookies are absolutely essential for the website to function properly. These cookies ensure basic functionalities and security features of the website, anonymously.
Functional
Functional cookies help to perform certain functionalities like sharing the content of the website on social media platforms, collect feedbacks, and other third-party features.
Performance
Performance cookies are used to understand and analyze the key performance indexes of the website which helps in delivering a better user experience for the visitors.
Analytics
Analytical cookies are used to understand how visitors interact with the website. These cookies help provide information on metrics the number of visitors, bounce rate, traffic source, etc.
Advertisement
Advertisement cookies are used to provide visitors with relevant ads and marketing campaigns. These cookies track visitors across websites and collect information to provide customized ads.
Others
Other uncategorized cookies are those that are being analyzed and have not been classified into a category as yet.
SAVE & ACCEPT